Metabolism and weight loss, what exactly is the connection between the two? We often hear these two terms together in a sentence but more than often, the term metabolism is incorrectly used. The most common phrase I hear about metabolism is this: ‘I can’t seem to lose any weight because I have a very slow metabolism.’ Wrong! Unless you’re suffering from a really serious genetic disease such as Hypothyroidism, chances are that your metabolism is just fine. It’s the food you eat that’s not fine! People have no problem having ‘up-size meals’ and ‘blue-berry cheesecakes’ but then they so very innocently pin their weight gain on a ‘slow metabolism’. So, the first lesson here is, you don’t have a slow metabolism!

Classic indicators of slow metabolism include low core temperature, feeling excessively fatigued, reduced drive, trouble concentrating on simple tasks and irritability. The second most asked question is what’s the link between metabolism and weight loss? This is a question with a very elaborate answer so I’ll try to keep it short. Metabolism (Biologically speaking) consists of two processes that are essential to all living organisms – catabolism and anabolism. Catabolism is the process by which complex components are broken down into simpler ones, resulting in the release of energy. E.g. breaking down of complex carbohydrates into simple sugars to give us energy. On the other hand, anabolic processes are those by which simple components are synthesized into complex ones E.g. conversion of excessive Glycogen to visceral fat. These two processes occur simultaneously in our bodies. Roughly speaking, a major imbalance between the two processes causes our body to gain weight (Anabolism > Catabolism) or lose weight (Catabolism > Anabolism).

Metabolism as a whole can be thought of all as a sum of all the energy expenditure and absorption throughout our body.

Commonly, metabolism is considered as the number of calories you burn throughout the day.

In this regard, metabolism is the sum of energy used:

Your metabolism is also dependent on your genetics. If your parents were on the heavy side, living a sedentary lifestyle, chances are that your metabolism may not be as fast as a 200m hurdles runner! But the great thing about metabolism is that it can be changed. Firstly, it can be improved by daily exercise. Exercise is a great tool for burning calories and creating ‘Healthy Chaos’ in your body. To overcome this ‘Healthy Chaos’ your body burns excessive calories. This way, not only do you burn calories during your exercise time, but you also continue to burn calories after your workout. The second way to improve metabolism is by gaining lean muscle mass. Maintenance of lean muscle mass requires more energy than the maintenance of fat. Consider weight training 3 times a week to improve on your lean body mass. This will improve your metabolism as well.

As I always say, don’t pin your weight loss on a single cause. Metabolism consideration is just a small part of the bigger picture. There are many other things to consider during a weight loss regimen; for example, nutrition. Metabolism may worry you as a term that is quite often associated with weight loss but the important thing to understand is that your metabolism is just fine! Thin people don’t necessarily have a higher metabolism than people who are obese. It’s not your metabolism that’s making you fat; it’s your ravenous appetite and your lack of exercise that’s playing a major part! – Metabolism and weight loss. 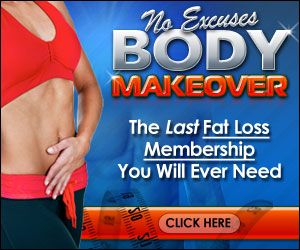